As social media continues to blur the lines between and art and promotion we are going to explore the true value of creating a music video that is both artistic, and promotional.

The first segment of the Modern Music Promotion & Social Media Music Discovery series solidified the reality that visuals are a must for any indie artists, but before hitting a videographer for a quote, check out this week’s piece on the difference between artistic and promotional value of music videos. 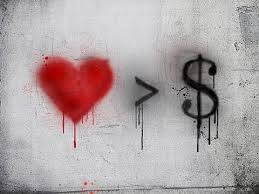 By definition a music video is a short film integrating a song and imagery, produced for promotional or artistic purposes. Based on this definition, music videos are short films, and while a film’s score (the music) is an integral part of the experience, most would argue the visual elements are the priority of a movie – not the sound. If this is in fact the case, and music videos are used as a promotional device, the overall necessity of this medium leaves room for question. That is not to say the that “music video” has no place, but rather to bring an updated perspective on the best use case based on our understanding of the evolving promotional landscape of digital music. After all, almost every millennial to Gen-Xer probably has a favorite music video that has both a musical and a nostalgic significance in their life. Just think of Biggie’s Hypnotize video. From the choreographed mermaids to Puff’s swift driving in reverse, it made a lasting impact. However extravagant it may have been, this anecdote validates the idea that artistic expression can offer significant promotional value through these short music films known as “videos”.

One trend we have seen in the video market is an increased amount of user generated content (UGC) – the majority of which is being shot and shared from the average mobile device in a matter of minutes, if not seconds. While this content rarely looks like the polished visual content from that of the MTV era, the majority of people have come to respect this quality as the norm. This “new norm”, combined with the rise of artist independence, has led to a heightened demand for cost effective and quality video production continues to rise. However, without undermining the vital nature of visuals for the modern artist, bloated production costs, in terms of both time and money, make these high budget music videos look more and more like a luxury.

Artistic music videos and promotional music videos do not have to be mutually exclusive. In fact most would probably argue that the very best music videos are actually a fair balance of art and promotion. However, since promotion is objectively defined by the value brought to the artist, it is much easier to create tangible parameters to gauge the effectiveness (i.e. how many views, streams, downloads, etc…). Based on this understanding and the “gray area” between a video produced for artistic purposes or promotional purposes, creating a visual that appropriately represents the artist as “the artist” he or she is, while also driving people to their music is a good place to start

Straying from this framework is where the original music video may have become more of a film set to song – as opposed to a song supported by a visual. With this logic the very best visual for promotion is one that keeps the music front and center and encourages listening, while also meeting the aesthetic standards of both the artist and viewer. In theory, if the song itself is the artist’s primary form of expression, than effectively conveying the elements of that audio content and getting people to listen should suffice in terms of a “music video”.