Social media may be the single greatest resource for independent artists that want to be discovered, but too often the components vital to success go overlooked. In the coming weeks we plan on diving into the details of modern music promotion, placing particular emphasis on social media music discovery. The ultimate goal of the series is to empower great indie artists, so they can be heard and discovered in these competitive times.

The phenomenon of social media has made it possible to create connections with more people exponentially faster than ever before. At the same time, while the opportunity is great, when marketing with a budget what really counts is the quality of those connections. Take for example a product like music. The effectiveness of the connections made through music are contingent on the ability to engage your audience and get people to listen. For musicians, particularly indie artists, this is where the challenge lies. Currently social media is driven by visuals, which does not favor artist’s existing bank of audio content and is not conducive to listening. This audiovisual gap is causing artists to miss out on huge potential for music discovery. 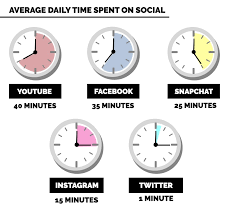 When it comes to social media, the demand for video is steadily growing year over year, and with the majority of people spending well over an hour a day on social media, these platforms offer huge potential for exposure. In Q3 2017 Instagram alone reportedly grew 100 million users in just about a month . This visual trend presents a very unique challenge when it comes to promoting audio across the different social media platforms. For music the most obvious solution for bridging this gap between audio and visual is to create a video for your music (A.K.A. a music video). However, while this seems like the logical answer, quality video production costs time and money. Sure, the cost to generate this content is justified, but it is ultimately the effectiveness of these videos that should determine what the value really is. 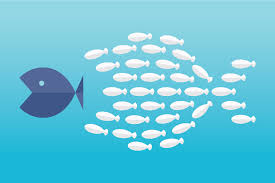 Before creating visual content for social media it is important to understand the habits of consumers and what attributes make for the most effective content. Aside from the accelerating video trend, there has been a significant decline from twelve to eight seconds in attention span, since 2008. While the impact of this statistic is not crystal clear, when paired with the abundance of information shared and consumed on a regular basis it is safe to say that grasping attention is a challenge. Regardless of industry, simply put, it is very difficult for content creators to break through the noise. This is even more so the reality when dealing with audio content like songs, which are usually at least two and half minutes in length. Taking all these factors into consideration, one of the more simple solutions is to trim the length of content, and create clips. By doing so, rather than asking someone for 150 seconds of their time, artists could theoretically offer a 30 second snippet that essentially acts as a preview of the work they are promoting. While editing the actual work may seem a bit counter-intuitive at first glance, the reality is this is very effective in terms of promoting content via social media and cutting through the noise. Now, what was once one piece of audio content can be used to create multiple visuals that consistently engage audiences and promote a single track.