This is our 3rd Artist Round Up and with the launch of the newly designed lineforline.com we continue to work toward our mission to help people listen and connect to the message of an artist’s music. 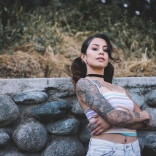 Spitting marvelous raps, Vel The Wonder defines what it is to be an emcee. Hailing from the “626” this petit Latin young lady has a one of a kind soulful flow with the presence of a giant. The moment she steps on a track it’s clear she is a force to be reckoned with. Take a voyage with Vel The Wonder with a line from her joint Ain’t a Reason. 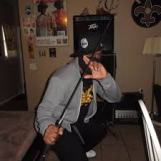 StormShadow takes his craft very seriously and it shows in his lines. The Austin based emcee brings sight to the blind through his flow and vivid imagery, making sure not to waste a word. A self proclaimed “prophet before the profit”, he he swiftly swings his pen sentencing phony emcees to lyrical Seppuku. Check out this line from his track Battlefield.

Roni openly admits that she doesn’t know if this track is going to be her “best rap”, but rest assured it is sicker than your average. Roni Marsalis is a Dallas based artist with serious content and she puts it on display with her track My Best Rap. Listen to a line from Roni’s My Best Rap.

Deo C makes up one half of the Microfiends. On his track B.N.A., the Crown Heights native reps BK to the fullest spitting New York tough talk and letting you know about the concrete jungle. The track is featured on his first solo project 34 minutes that was released earlier this year. As Deo C. is just getting started make sure to check out a line from B.N.A.

With his track Island, Jamarius brings a solid dose of contemporary R&B. Using a melodic flow combined with a well produced sound the LA based artist delivers a “grown & sexy” turn up track. Check out a line from Island.

Stay up to date on what’s happening in the music business with our weekly Digital Cipher!