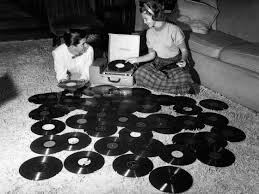 In the famous intro to Wu Tang’s “Can it All be so Simple”, RZA opens the track reminiscing about the “good old days”. Face to face with the rapid evolution of digital music, many artists, fans, and executives are doing the same as they reflect on what they once knew as the music industry. While change is never easy, newcomers and those that are willing to adapt, are reaping the benefits of this musical revolution. In an era where people, information, media, and music can all be accessed from a device with the tap of a button or the swipe of a finger, a trend known as music discovery continues to gain momentum.

From the standpoint of listening platforms such as Spotify, Pandora, Google Play, Tidal, and SoundCloud, music discovery is pretty clearly defined as the ability to effectively recommend music based on a user’s listening habits. While these platforms are pretty well revered for these technologies, the future of music discovery is still very much unwritten. On a regular basis there are new technologies emerging offering innovative and exciting ways to interact with music. Even a seemingly simple trend like lyric video production by fans perfectly captures the depth and potential for music discovery.

With the rise of user friendly production software and video platforms like YouTube, fans began to voluntarily produce lyric videos as a way to help others connect with artists and lyrics they love. While this act is a true testament of homage, what is more important is the significance of lyrics and lyric videos. Lyrics are more than just a way to perform karaoke. They are a way for fans to connect to artist and the music. Similarly, they are often used as a way for the artist to deliver a message to fans. The on demand availability of lyrics in the digital era has presented a very unique form of interaction with music. Before going digital, fans either had to listen and memorize the lyrics or purchase the albums to read the lyrics in the CD booklet . Now, every fan can benefit from the bond of exploring lyrics and discovering music.

Audio recognition technologies such as Shazam are also examples of advancements that have transformed a fan’s ability to find new music. Although hearing a song and not knowing the title is still a common occurrence for most music fans, before the introduction of these tools, there were only so many ways someone might be able to identify a track. The fact is very often this would leave listeners without any leads, hoping to hear the song again one day. Now, thanks to machine learning, the problem is practically none existent. More importantly, fans can be free to enjoy the music they are listening to, while comfortably capturing a new sound and adding it to a playlist. This not only creates a connection with an artist, but also gives the fan the opportunity to recommend and share a song they just recently discovered.

While fans are crucial for successful music discovery, artists need to be offering their content in such a way that is easily digestible while still being desirable to viewers and listeners alike. This applies directly to leveraging the vast potential of social media. The reality that people today prefer visual content presents a very unique challenge for music artists and almost mandates video production. At the same time, when making these investments and sharing this content on social media, the dwindling attention spans of their audience must also be factored. With this in mind, it is a good idea to negotiate the delivery of video clips, as well as the finished video in it’s entirety, when communicating with freelance videographers and production teams. These clips can be used as previews and trailers for both the video and the song itself.

For fans and artists, interaction with music is changing at an exponential rate and that is what truly defines music discovery. Before recorded music and the ability to listen at leisure, there were really only two ways people could interact with and experience music. They would either listen to a live performance, or they could actually read sheet music. Now, we are living in a time when any song can practically be found instantaneously. Fans are able to share links to music in real time, listen to each other’s playlists, explore artist’s lyrics, and watch videos on demand. Content has always been king, and in today’s day and age that is more true than ever.  It is the responsibility of artists to make sure their music is being distributed to as many audiences as possible, to give themselves the best opportunity to have their music discovered.

One thought on “The Exploration of Music Discovery”