The Summer Olympics are upon us and as we bleed nationalism in pride over our favorite athletes we take a look at some of our favorite rap verses involving Olympic events. Athletes want to be musicians and musicians want to be athletes so its no surprise that their were many entries to pick from. After the four bars we’ll dive into how each of these event dropping lyricists would do in the sport that they mentioned.

“’97, my girl was pregnant/ Hurdles was prevalent/ And it was therapeutic just for me to breathe into my mic/ Started learning why the lord put certain people in my life”

So right off the bat we have a problem in Royce’s chances in the hurdles of any length, he is a self proclaimed 5 foot 9 inches. The average height of an Olympic hurdler is 6’2” but Royce has long over come difficult odds and has a proven track record of showing up for battles. The odds are more favorable for Royce if he was competing in the relay version of the hurdles with the whole Slaughterhouse team, Joe Budden has the sort of frame that would thrive in the hurdles and the thought of them in the Olympic village should put a smile on any human’s face.

“They wanna take my photo, my finger in my nose though/ Dutch’s from the Cogos/ Playin’ water polo/ Above the ozone, young Han Solo”

Mac Miller certainly has the look of a water polo player and he resides in Southern California now, which is a hotbed for water polo in the United States. Granted, not as close to the water in his hometown of Pittsburgh but they have pools like any other city. He’s shown a willingness to work in different capacities in a team as he’s gotten older, as he’s progressed into an accomplished producer as well as an MC. This is critical to Water Polo because many of the best first cut their teeth in the pool as solo acts in competitive swimming.

“This is a grown man’s sport/ And, dog, I leave a motherf****r laid out on the handball court/ I never brag and boast, I’m fire out the dragon’s nose/ My words pronounced just like a camel toe”

Okay so the handball that Action is referring to is not the Team Handball that is represented in the Olympics but the idea of Action going endline to endline is too good to pass on. Action is not short of confidence (he once said he had the “wettest jump shot in the world”) and has made numerous references to his athletic prowess so he won’t be lacking for confidence going into the event. For the unitiated, Team Handball is one of the funnest events at the Olympics and is an incredibly physical game , that certainly plays into Action’s comfort zone as he has been known to toss some people around and potentially off stage.

“Shout to O-Dog, I’m a straight menace/ Boy I ain’t playin’, I’m in the game and it ain’t a scrimmage/ INNANET, ballin’ on the net like table tennis/ Where to start? Push to start, that’ll make the finish”

Table Tennis is one of those sports that almost everyone feels like they’re good at but Vic Mensa has some good vitals for it. In general the athletes are a bit on the smaller side and lanky, that’s good for Vic who is 5 foot 9 and 170 lbs. Vic also possesses the verbal quickness and acuity so we’ll give him the benefit of the doubt that it will translate to the ping pong table. Also his connection to Kanye would prove formidable, as he might be able to psyche out some of the other competitors with his antics. He also could be the first athlete to compete in the games while wearing Yeezy Boosts so that would be wonderful. \

Result: Just Out Of Medal Contention (Serious Contender in 2020 in Tokyo) 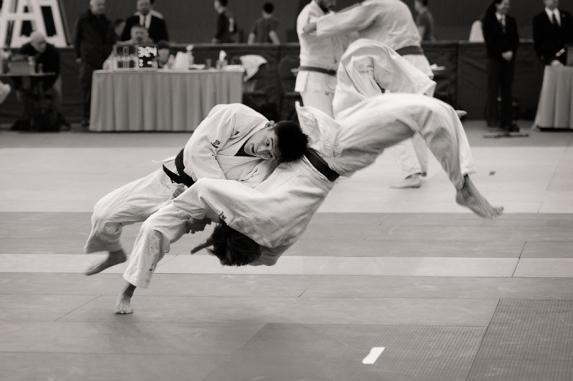 “Yo, I love when cats think they bigger than a sumo/ That when I hit ’em with a little Puerto Rican judo/ Uh, you don’t know what that is/ That’s when I say “ju don’t know who gat this is”

This is our best hope for gold from the hip hop contingent at the games. Now we’re not sure of Cam’Ron’s actually technique but he has a propensity for conflict and his Judo robe would be absolute fire. He’s prided himself on flipping words and other items over his career so how hard would it be to put that style onto the mat? Dipset has long rocked the American flag bandanas so his pride has never been questioned. Cam’Ron, American hero.

One thought on “Hip Hop Olympics”