The National conventions for both political parties are occurring this week and regardless of where you stand politically one thing is certain, we are going to  have a new president of the United States of America.  Which for us hip hop fans means that come November we’re going to hear a lot of bars that rhyme with “Hillary” or “Trump”.  Politics and hip hop has a long, complicated history.   Censorship over rap music was a hot button issue in the late 1980’s and early 1990’s but as hip hop has gained traction in pop culture rap and politicians have had a more amendable relationship.  President has name checked Kendrick Lamar as his favorite new rapper, Vice President Joe Biden has been out to dinner with Jay Z and Beyonce and the Democratic runner up Senator Bernie Sanders was campaigning with Killer Mike throughout the last few months.  So as we push forward to Election Day we’re going to take a look at some of our favorite songs and lyrics that mention Presidents’ of The USA.

“It’s funny how time flies, well, I’m as fly as time / I don’t believe in role models, but if I do, then I’m mine / I make brothers say, ‘True,’ they see you and be like “Fiction” / I want ‘spect and dead presidents, like Richard Nixon.” – Common, Watermelon

The album, “Resurrection” was a hit with critics and fans alike, and on “Watermelon” Common uses samples from such hip hop greats as Gang Starr and Big Daddy Kane. Common shows a glimmer of what’s to come regarding his political acumen in 1994’s “Watermelon”.  Earlier in the song Common turns a verse with a slick, “On some other man’s thinking/ Now your third eye is blinking”  Referring to a “third eye” is common practice when talking about being politically or spiritually “woke” and is something often discussed in today’s hip hop landscape.  Common has gone on to be a strong voice against the violence that his native Chicago has been struggling with.

“But after the 1930’s, things changed up / Cause that’s man President Hoover commissioned a man named Harry J. Anslinger / As head of the Federal Bureau of Narcotics / His middle name’s ironic / ‘Cause he was the main guy attempting to demonize marijuana.” – Prince EA, Smoking Weed With The President

Prince EA hails from St. Louis and his message is clear to everyone that hears him, knowledge is power.  He’s been a powerful voice in the community since the events of Ferguson and his lyrics often have historical teachings to them.  On “Smoking Weed With The President” Prince EA artfully goes over the history of the illegality of marijuana in the United States and raises many great points in his articulation of the biased nature of the marijuana laws.  Prince EA has worked with underground legends such as Wax and Immortal Technique and aims to educate the youth and adults alike on social issues that need voice.

“Whatever, hundred for the diamond chain / Can’t you tell that I came from the dope game? / Blame Reagan for making me into a monster / Blame Oliver North and Iran-Contra / I ran contraband that they sponsored / Before this rhymin’ stuff we was in concert.” – Jay Z, Blue Magic

Mandatory sentencing on “crack” cocaine implemented in the 1980’s under Reagan has been rapped about over the years and many hip hop artists have boasted to selling the drug and making themselves rich. Jay Z has never shied away from his past life as a drug dealer and on 2007’s “Blue Magic” Jay Z describes how he made a fortune avoiding those laws.  Of note is that this from his album “American Gangster”, a sountrack for the Denzel Washington film of the same name.  Denzel portrays Frank Lucas in this biographical tale, a drug dealer in the 1960’s Harlem who came to great power by transporting large quantities of heroin from Vietnam back to America. 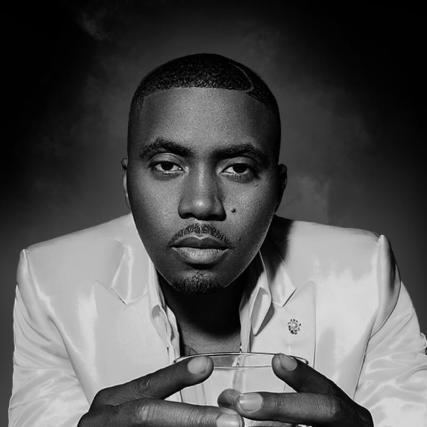 “We ain’t got no governors coming through to help/ Anything we need done, gotta do for self/ New, improved JFK on the way/ It ain’t the 60s again, n****s ain’t hippies again” –Nas, Black President

When President Obama was elected into office in 2008 it was rejoiced by many hip hop artists.  An African American President was something that many people thought they would never see in their lifetimes and that outpouring of excitement resulted in a lot of President Obama inspired rap songs (who can forget the immortal lines from Jeezy, “My President is black/ My Lambo’s blue/ And I’ll be goddamned if my rims ain’t too.”) Nas’ words on “Black President” are predictably well thought out and executed as almost all of his rhymes are.    He expertly weighs the positive and negative reactions that people will experience with having a black President but still times to rejoice the idea that someone of his own racial persuasion could hold the highest office in the world.