The Brooklyn Hip Hop Festival was founded in 2005 as all encompassing look and appreciation of the New York hip hop scene. Starting with modest beginnings, BHHF has turned into one of the preeminent festivals in America for not only the hip hop acts that they book but also the workshops they offer to the general public. In addition to a star studded group of New York MC’s and DJ’s (more on them below) BHHF will be introducing the Hip Hop Institute, a day long conference consisting of panels, lectures and workshops on July 16th. It’ll be hosted at Medgar Evers College in on Bedford Ave in Brooklyn, but no worries, if you’re not in the area they will be live streaming the event and it is sure to be informative. The Dummy Clap Film Festival will be held under the BHHF umbrella on Thursday July 14th, which will be a celebration of Hip Hop on celluloid. Documentaries, old school films and shorts will be shown throughout the day and much of the content will be available online as well. The actual hip hop acts performing this year are as talented as they are robust with the QB’s own Nasir Jones headlining the finale as well as New York legend Fabolous. We’re going to take a look at some of the lesser known acts who will be performing over the weekend that you should absolutely be aware of.

“There’s a lot of great song writers, tremendous singers / But Everybody’s not into Vienna Fingers / I bring a different kind of wafer, that ain’t the way for me/ Hide out til the block is safe for Nutty Bars ain’t no chocolate wafers”

The Ukranian MC from Brooklyn New York was discovered in 2014 by Sacha Jenkins. At first his bars were so serious that people thought that Your Old Droog was actually an alter ego for Nas, high praise indeed. At only 25 years old, Droog has an appreciation for the greats counting Big Daddy Kane, Big L and Kool G rap as some of his biggest influencers in the hip hop game. At such a young age he has already recorded 3 EPs so it is safe to say the sky is the limit for Your Old Droog.

“And we been doing shit that your average rapper can’t shoulder/ So, what’s next I suspect your death/ Welcome to the game where we trained to never follow the refs/ Lot of great players, but we better as a team”

Hailing from North Carolina this female MC has taken the underground hip hop scene by storm since the release of her breakthrough mix tape Return of the B Girl. Known for intricate rhyme scheme and complex metaphors, Rapsody has caught the attention of some of the greats already. Appearing with Kendrick Lamar, Raekwon and North Carolina’s own Big K.R.I.T. The mantra for her music is “Culture Over Everything” which makes her the perfect act to be appearing at this year’s Brooklyn Hip Hop Festival. 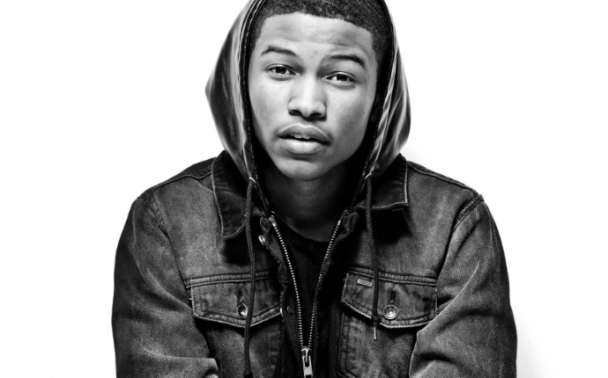 “Talent open doors, like I left on the child lock/ I’m Larry David, aspirations on Pappy Mason/ When n****s clap you quicker then mothers at graduation/ Spotted Dalmatians, on some Cruella shit”

Hailing from South Carolina Nick Grant has received high praise from the likes of Sway and Peter Rosenberg since he burst onto the scene in the last year. Behind raw, edgy beats Grant spits some serious rhymes on hiis new mixtape, “’88”. Set to go on tour following the festival, make sure you get a chance to check him out if you’re forturnate enough for him to come to a city near you.

“Nine to Five ‘cause my cheddar thin/ I’m sick of working for a man that I’m better than/ I gotta keep moving, always paddling/ While other n****s, they chitter, they shatter, then they settling”

Is a Nigerian – American MC that grew up in Irvington, New Jersey. He got his start in 2010 with the aptly titled “Garden State of Mind: The Prelude” and in 2012 released the album “Euophoria” to critical acclaim. He followed up “Euorphia” with “Life and Times of Moo” and his first single off the 2013 project was titled “Homie. Lover. Friend” and featured a different sound than what is commonplace in hip hop. Featuring a smooth jazz piano and some electric guitar riffs, Moruf is clearly looking to distinguish himself from the pack. He’s currently working on “Europhia 2” and looks forward to touring the East Coast in the fall of 2016.