The chronological intersection between the rise of video games in America and hip hop is undeniable.  Both were considered to be niche genres in the 1980’s that exploded onto the scene in the 1990’s and now consume the mainstream’s attention on a daily basis.   It only makes sense that these hip hop artists would sample some beats from their favorite video games when they went to produce track.  We’re taking a look at 5 of our favorite samples from video games over the years.

Chrono Trigger is considered by some to be the greatest RPG ever made and Dom Kennedy does right by the 16 bit classic with this look into Los Angeles life.  Dom aspires to receive the sort of acclaim that Chrono Trigger has gotten but he’s certainly got the time.  The sample comes from Yasunori Mitsuda’s “Secret of the Forest” in particularly hazy stage in the middle of Chrono Trigger.

“Analyze the strength of my game, like Lee Corso
Call me a lost soul, with a vest on my torso
And of course, yo, y’all know I’m no stranger to danger
Like Christ in a manger, feel a whole range of my anger” ~ Masta Ace

Masta Ace and Eminem had a long standing beef, well, it was a bit one sided really.  People complained that Marshall Mathers had ripped off Masta’s style and being the principled MC that Masta Ace was he didn’t want to capitalize off of it.  When that was squashed and they recorded together they couldn’t have picked a better style of game than the legendary combat game Soul Calibur.  For Eminem and Masta Ace they gained notoriety in legendary ciphers so having them rap over the Soul Calibur beat was just too perfect.

“Roc-A-Fella foreva CEO what what
Us the villains, f**k your feelings
While yall playa hate we in the upper millions
Whats the dealings (huh) its like New York’s been soft
Ever since Snoop came through and crushed the buildings” ~Jay Z

In 1993, Sega was trying to compete with fighting game franchises Mortal Kombat and Street Fighter, so they tried their hand in the arena with Eternal Champions. Sticking to the theme of 1999 to infinitely, Bone Thugs created “Eternal,” a cut that showcases each of their styles through a menacing and somber backdrop. Producer/DJ U-Neek takes music from the Sega Genesis fighting game to keep the consistency going. Many fans of Eternal Champions knew that the game had awesome music, including U-Neek, who also sampled the bad ending credits on “Crossroads.” 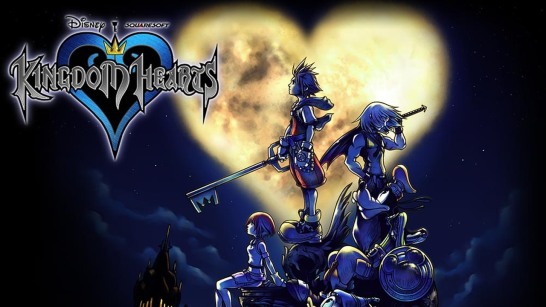 “Mozart meets Humphrey Bogart with this from the heart shit
Play your part, life is but a dream for me
I get a flash of nightmares where n****s scheme on me
It’s hard to see my enemies; who infiltrated my team?”

J. Cole’s  “Dollar and a Dream III,” which appeared on his debut album Cole World: The Sideline Story, is pretty much him going in for the duration of the song about a mental quest to get through his own thoughts.  Its a true triumph as a storyteller so picking a Kingdom Hearts II beat to sample is quite fitting.  Kingdom Hearts is a borderline bizarre series of games that features some of the most famous Disney characters in an epic RPG quest that goes much darker than anything you would normal associate with Mickey and Goofy.  J Cole’s always been kind of a different dude to the hip hop game so the idea of him logging the 60+ hours necessary to complete this game doesn’t seem far fetched.